A breakup means the end of a romantic relationship between two partners.

Is there a “best way to breakup” without hurting someone’s feelings?

A severe breakup can cause damage to one's self-esteem, trigger a decline in life satisfaction, and increase psychological distress.

Breakup therapy can speed up the healing process and lead to personal growth for the patient.

What is a breakup?

Couples who are involved romantically have a certain level of commitment to one another. A breakup occurs when one or both spouses decide they no longer want to be committed to their current romantic relationship.

Because breakups are not always agreed upon, it can be difficult for the spouse who wanted to remain in the relationship to handle their partner's decision to leave.

Even if both partners agree that breaking up is for the best, perhaps due to having vastly different life goals, a separation can still be heartbreaking. Those who cannot deal with the pain on their own should seek breakup therapy.

How are men, women, teens affected?

Do men and women respond differently to breakups? Yes and no.

Both men and women often feel a sense of sadness, psychological distress, depression, helplessness, and may even experience suicidal thoughts after a bad breakup.

Similarly, both men and women find it harder to adjust to a breakup (or follow through with a breakup) when they are cohabitating

However, there are many ways in which different sexes respond differently to the end of a relationship.

You may have heard that men take breakups harder than women do. This is true to a degree. Men report being more vulnerable to depression than women, but only in the short term.

When a man experiences a breakup, he is more likely to:

After being out of a serious relationship for four months, women are more likely to report high levels of complicated grief that still interfere with her day to day routine.

Because young relationships and first loves are so powerful, it is no surprise that teenagers often take breakups quite hard.

Research indicates that teenage breakups are the number one cause of suicide attempts, self-harm, teen partner violence, and major depressive disorders.

On the other hand, teens who casually date and do not commit to their partners may not think much of a breakup.

Signs of a breakup

Some breakups are amicable, positive splits, while others come clear out fo the blue. Here are some of the most common signs of a breakup.

No matter what side of the coin a patient is on, ending a relationship is difficult.

While men and women may have different ways of dealing with a breakup, they also share many of the same breakup symptoms.

The most common breakup symptoms are:

Anxiety after breakup is also one of the common signs of depression after a breakup.

Why do people break up? Well, there are many reasons for the ending of relationships.

Breakup therapy can help reverse the negative effects of heartbreak.

The surprise breakup: This occurs when one party was not expecting the relationship to end. A surprise breakup is largely due to a lack of communication between partners.

The amicable relationship breakup: When both parties agree, the relationship isn't working; this is referred to as an amicable breakup. Exes do not harbor ill-will toward the other; they simply didn't work as a couple.

The off and on breakup: Couples who are off-again, on-again often go back and forth from breaking up and getting back together. This is an unhealthy relationship pattern that should be dealt with through breakup therapy.

The hostile breakup: A hostile breakup occurs when there have been heated arguments or betrayal in the relationship. After the breakup, the parties are not civil with one another and continue to harbor hurt feelings and grudges.

How does breakup counseling help?

Post-breakup depression is serious. Coping with a breakup should never be done alone.

Breakup help is available in the form of breakup counseling, breakup support groups, and of course, seeing a therapist after a breakup.

Breakup counseling can help someone gain perspective on what went wrong in the relationship. Breakup therapy can also help someone take positive steps towards self-love and growth.

Therapy for getting over a breakup

Coping with a breakup is never easy. The psychological effects of heartbreak can be devastating. Individuals looking for breakup therapy should consider either personal or relationship breakup counseling.

Exes who wish to do therapy together following a breakup should attend couple's counseling or divorce counseling.

Close friends and family can also attend a therapy session to learn how to help someone through a breakup.

How can I find a good breakup counselor?

For breakup therapy to be effective, patients must feel comfortable talking about their problems with their counselors. Therefore, as with any therapy, finding a good counselor is all about meeting with different therapists and seeing who the patient has the best connection with.

What to expect from breakup therapy?

Breakup counseling can help someone suffering from a breakup by discussing negative emotions and teaching coping mechanisms.

If the patient was in a violent or toxic relationship, a therapist can help overcome feelings of worthlessness.

A therapist can provide professional insight into a patient's attachment style and help them move forward positively.

Breakup therapy can also help a patient deal with stress and anxiety and act as a listening ear during the initial stages of trauma.

The average cost of professional breakup help ranges anywhere from $65 to more than $200 per hour. 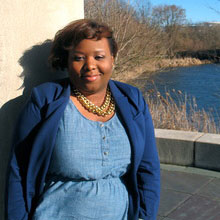 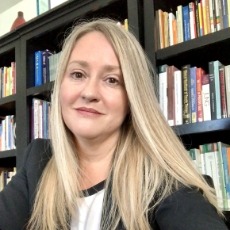 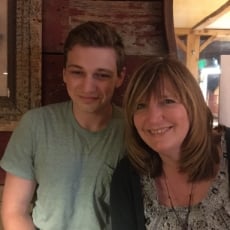