Going through a divorce in court can be a very frustrating and costly process.  So it should not be surprising that a number of alternative processes have been become common.  Two of the most common are arbitration and mediation.  In both situations the couple will hire a third party that will help resolve their differences. Both methods can offer a relief from the nastiness of a courtroom brawl, but each is very different.

Arbitration is a popular alternative to litigation that in many ways looks the same.  Each spouse is typically represented by an attorney and an impartial observer will decide anything that cannot be settled between the parties.  An arbitration is conducted much like a trial, but with less of the formal rules.  The arbitrator will generally be presented with all the issues that are preventing the parties from settling the divorce.  Then, the arbitrator will hear testimony and review evidence so he or she can make decisions.  The complex rules of evidence that apply in a courtroom are usually not relevant in an arbitration, and that can make it easier for spouses to get all the facts on the record.

Couples will typically only move to litigation after negotiations have have reached a stalemate or impasse.  The good thing is an arbitrator can work around the parties’ schedule in a way a judge never would.  Getting a contested divorce before a judge can take months or even years.  Couples in arbitration can also have their arbitration in a variety of settings, such as a private office or in a home.  Little to no private information ever needs to be presented to a court.  The informal procedures can also drastically reduce the cost of hiring lawyers or experts like accountants.  Arbitrators’ decisions often cannot be appealed.

Mediation guides the parties to an agreement

Mediation is a process where the two spouses will work with a neutral mediator who will help the spouses agree on the conditions of their divorce.  At the onset, the spouses will generally meet with the mediator who will explain the process.  After that, the mediator will conduct a series of working sessions, including some one-on-one sessions and some with both spouses, in order to pinpoint disagreements and move to common ground.  Lawyers will typically not attend these sessions and the mediator must keep everything confidential.  Mediators do not choose winners and losers the way a judge or arbitrator would.  A mediated settlement can only be obtained if both parties agree.

Mediation is a process best used by spouses that are still on reasonably good terms.  With open dialog and good-faith efforts, mediation can be quicker and less painful than an arbitration.  The divorcing spouses must be able to communicate with each other and have some level of trust.  If one party is suspected of hiding assets then mediation will probably not work.  Marriages involving abuse or child neglect are probably unsuitable for mediation as well.  Like arbitration, mediation can also be used just to solve some issues.  For example a couple could use a mediator to settle child custody issues but an arbitrator or courtroom trial to settle financial issues.

Divorce is a stressful and challenging time in your life, but that doesn’t necessarily mean that it has to result … 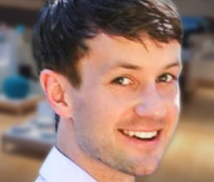