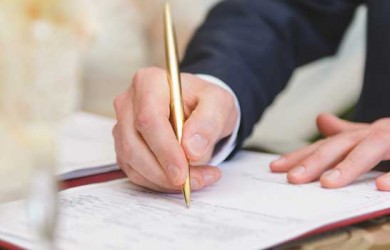 Obtaining a Copy of Your Marriage Certificate